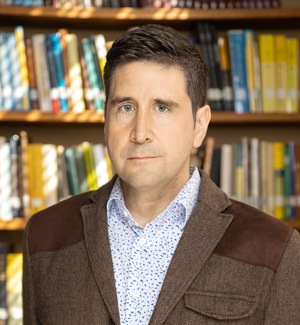 E-mail: This email address is being protected from spambots. You need JavaScript enabled to view it.

Dr. Häberl is Associate Professor at the Department of African, Middle Eastern, and South Asian Languages and Literatures (AMESALL). He was born and raised in the State of New Jersey, where he has lived for most of his life, but received his PhD in Near Eastern Languages and Civilizations from Harvard University. In addition to serving as chair of the department from 2013-2019, he has also served as the Director of the Center for Middle Eastern Studies from 2009-2012, and currently serves on the board of the Endangered Language Alliance of NYC. In the past he has served as an Undergraduate Fulbright Faculty Advisor and member of the Advisory Committee for Study Abroad Programs in the Middle East at Rutgers, as well as a juror and panelist for the United States Department of State's "Critical Language Scholarships for Intensive Summer Institutes," and as Near East Regional Director for the Endangered Languages Catalogue. In 2007, he was the author of the first Title VIA Undergraduate International Studies and Foreign Language (UISFL) program grant to support instruction on Iranian Studies ever awarded by the US Department of Education. Together with James McGrath of Butler University, he received two grants from the National Endowment for the Humanities (NEH) to create a critical edition and translation of the Mandaean Book of John, in 2010 and again in 2012. In 2016, he was an Anna-Maria Kellen Fellow at the American Academy in Berlin.

The undergraduate courses he teaches address subjects such as Middle Eastern languages and literatures (including Arabic and Aramaic), folklore, and minorities in the Middle East. His unusual research profile (combining traditional disciplines such as palaeography, epigraphy, and the history of religions, as well as emergent ones such as documentary linguistics) informs his teaching on ancient and modern communities and their traditions, allowing him the opportunity to discuss their origins and early history as well as the contemporary challenges they face today.

In addition to undergraduate courses, he has also advised graduate students and offered independent studies in various dialects of Aramaic (principally Biblical Aramaic and the Aramaic of Targum Onkelos) through the Jewish Studies Department, within which he is an affiliate member. During the summers of 2017 and 2018, he taught courses on another form of Aramaic, the Mandaic language (ancient and modern) to undergraduates, grad students, and faculty at the National University Ostroh Academy, and in the summer of 2019 he also taught Mandaic at the National Research University Higher School of Economics in Moscow.

Select Courses (Past and Present)

Dr. Häberl's primary academic focus is upon the languages of the Middle East, both ancient and modern, and ethnic, linguistic, and religious minorities from the region. He has conducted field work with speakers of several different Semitic and Iranian languages. He is a member of the American Oriental Society (AOS), the Middle East Studies Association (MESA), the Society for Biblical Literature (SBL), the American Academy of Religion (AAR), and the North American Conference on Afroasiatic Linguistics (NACAL). He is a frequent attendee and occasional speaker at their annual meetings, and has convened the NACAL annual meeting on three occasions (San Antonio, 2007, Chicago, 2008, and at Rutgers in 2012).

He has published research on Aramaic epigraphy, incantation texts, orality and literacy, Middle Eastern folklore, dialects of Neo-Aramaic, and comparative Semitic linguistics in journals such as the Bulletin of the American Schools of Oriental Research, the Journal of the American Oriental Society, the Journal of Semitic Studies, Encyclopaedia Iranica, and Numen. His first book, The Neo-Mandaic Dialect of Khorramshahr (Harrassowitz, 2009) is the first account of a previously undocumented dialect of Neo-Mandaic, and the most thorough description of any Neo-Mandaic dialect. His latest publication is a two-volume critical edition, translation, and commentary of the Mandaean Book of John (De Gruyter, 2019), prepared together with Prof. James McGrath.